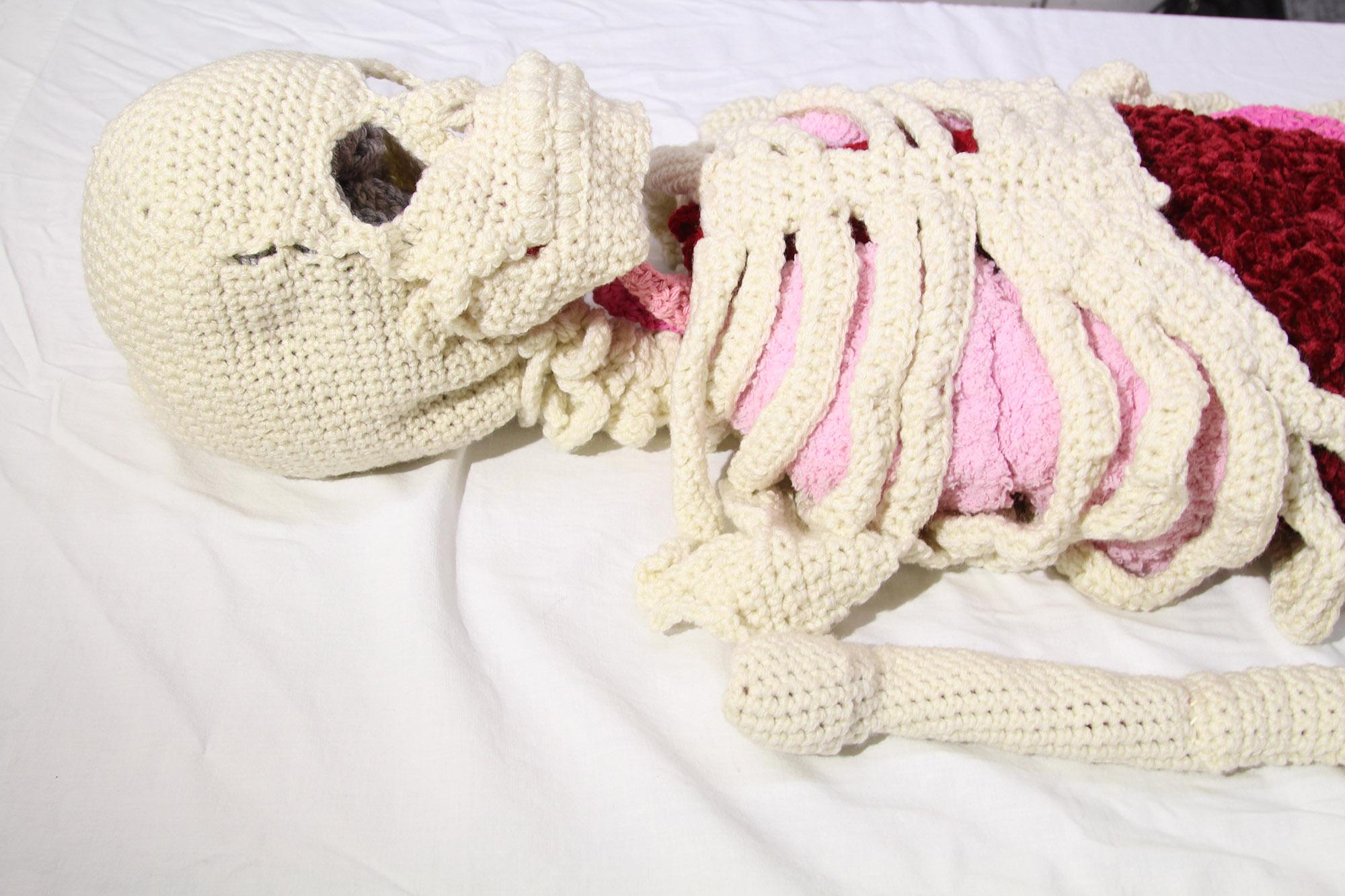 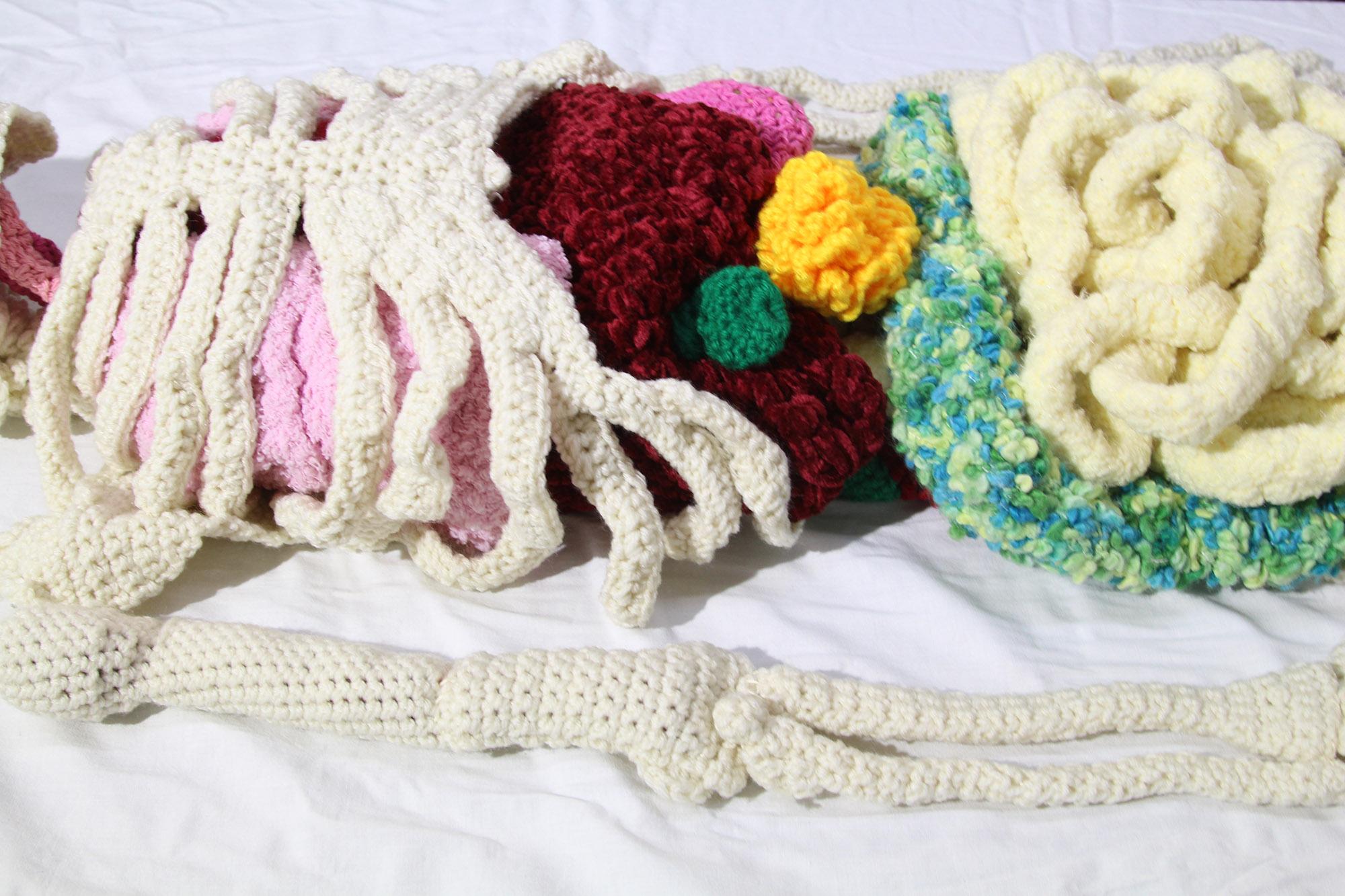 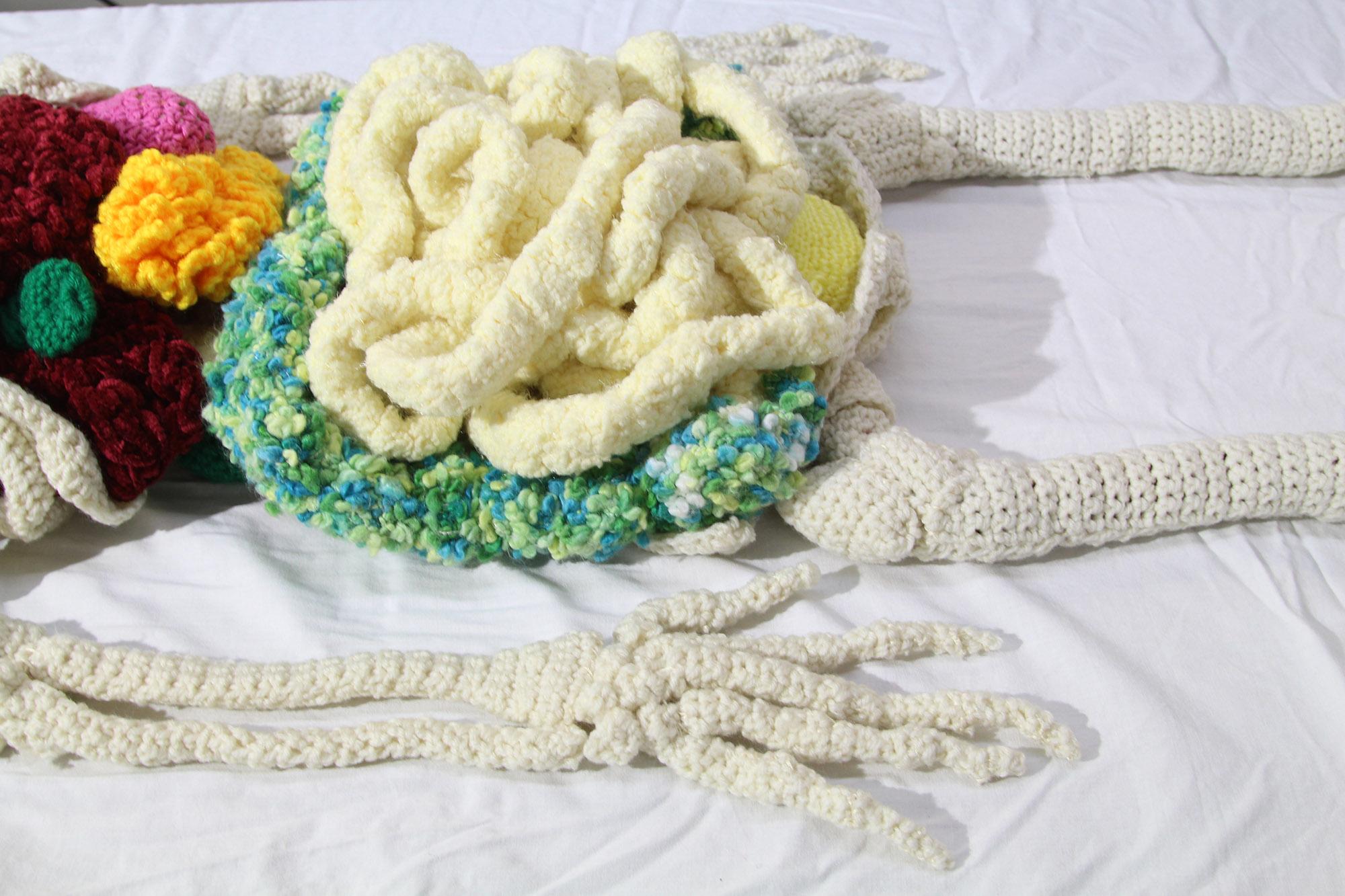 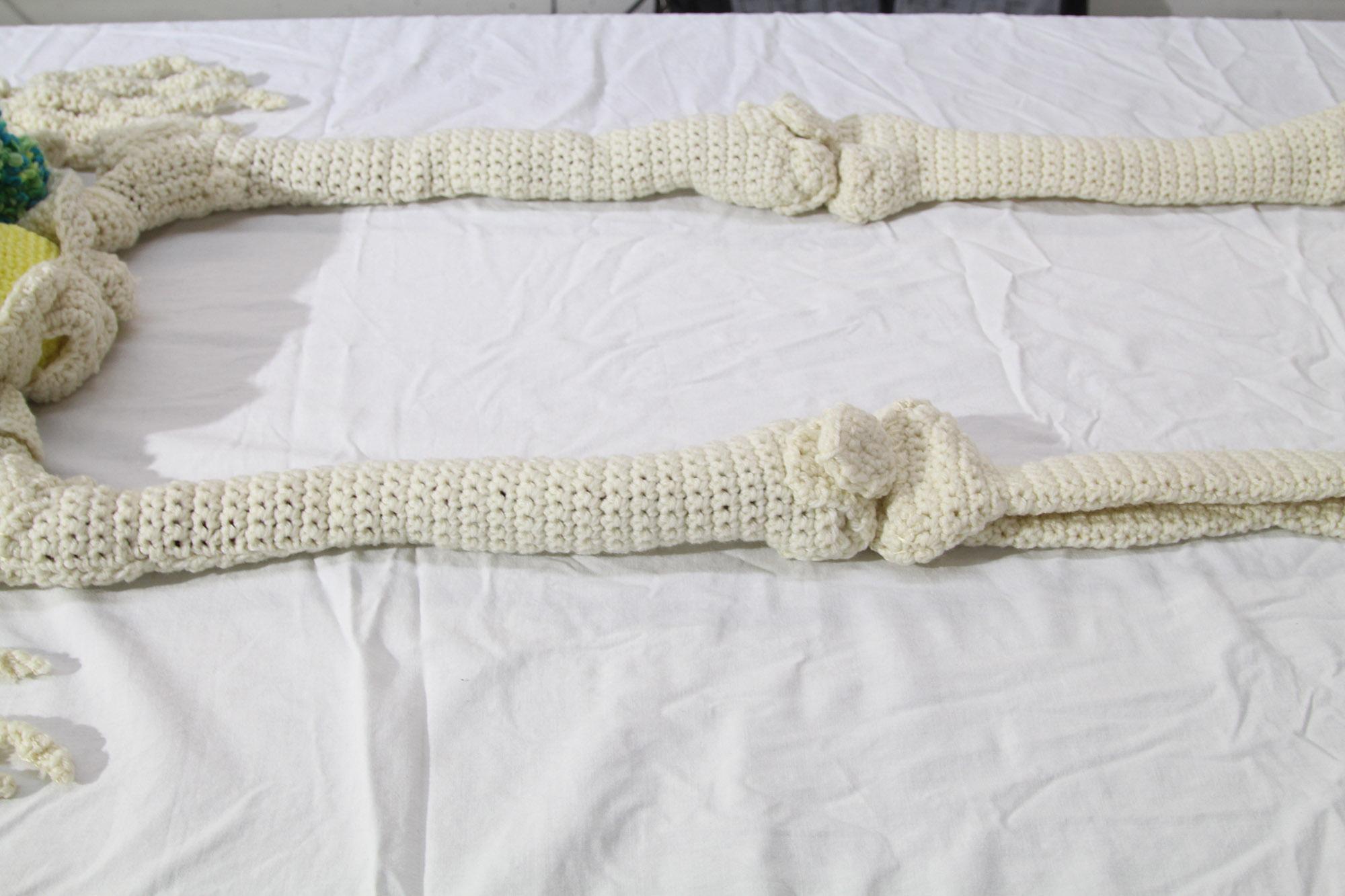 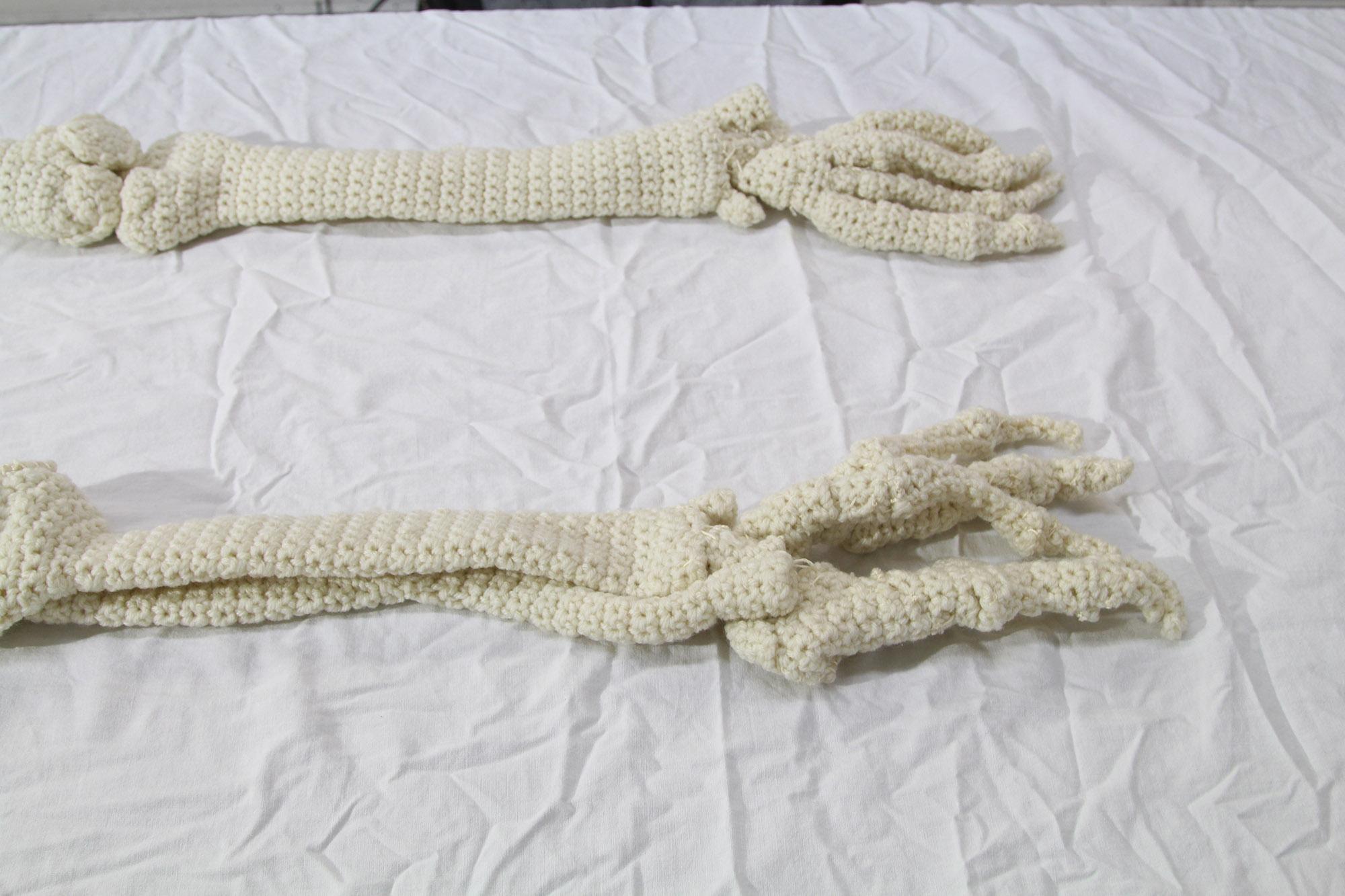 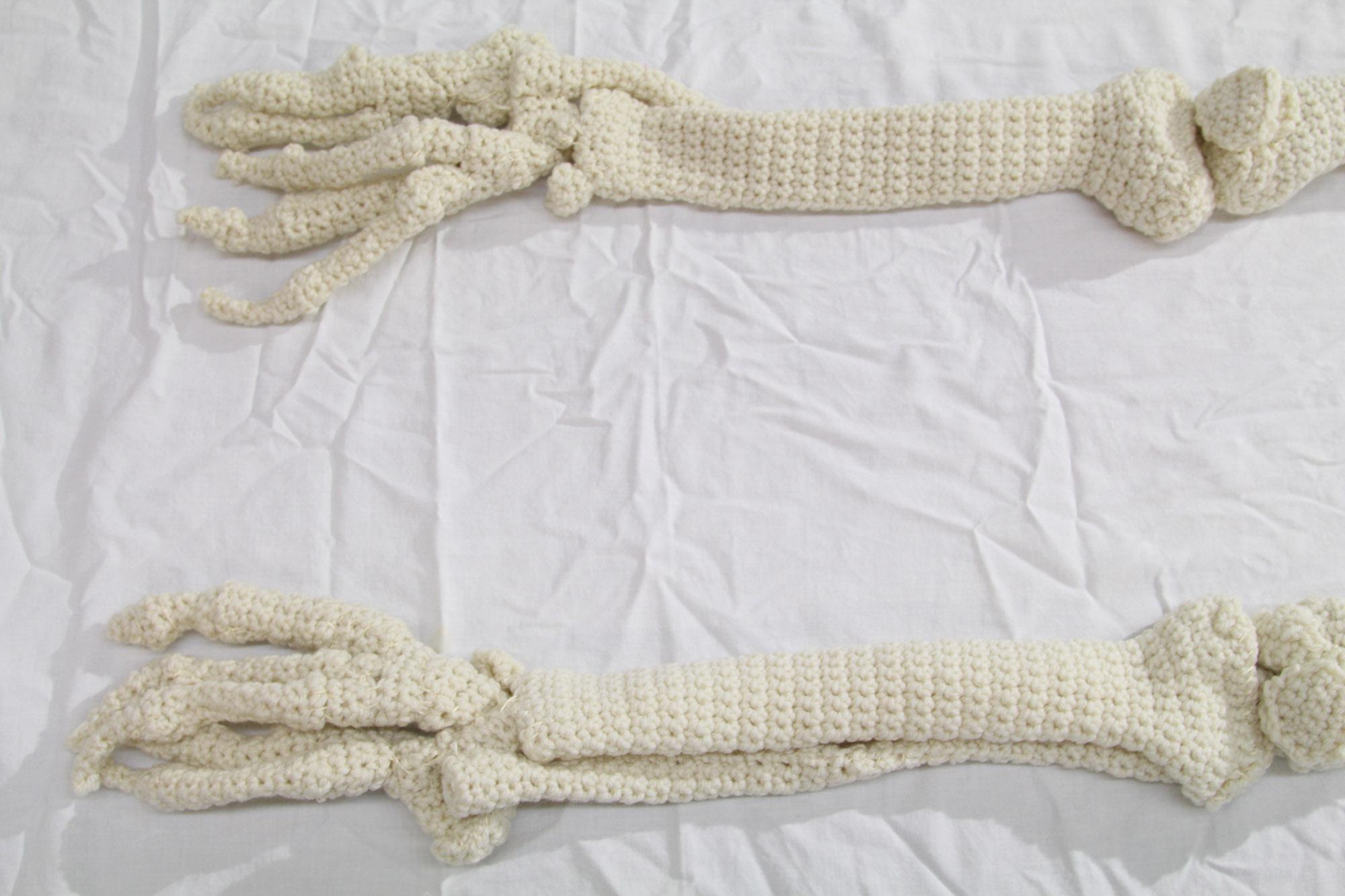 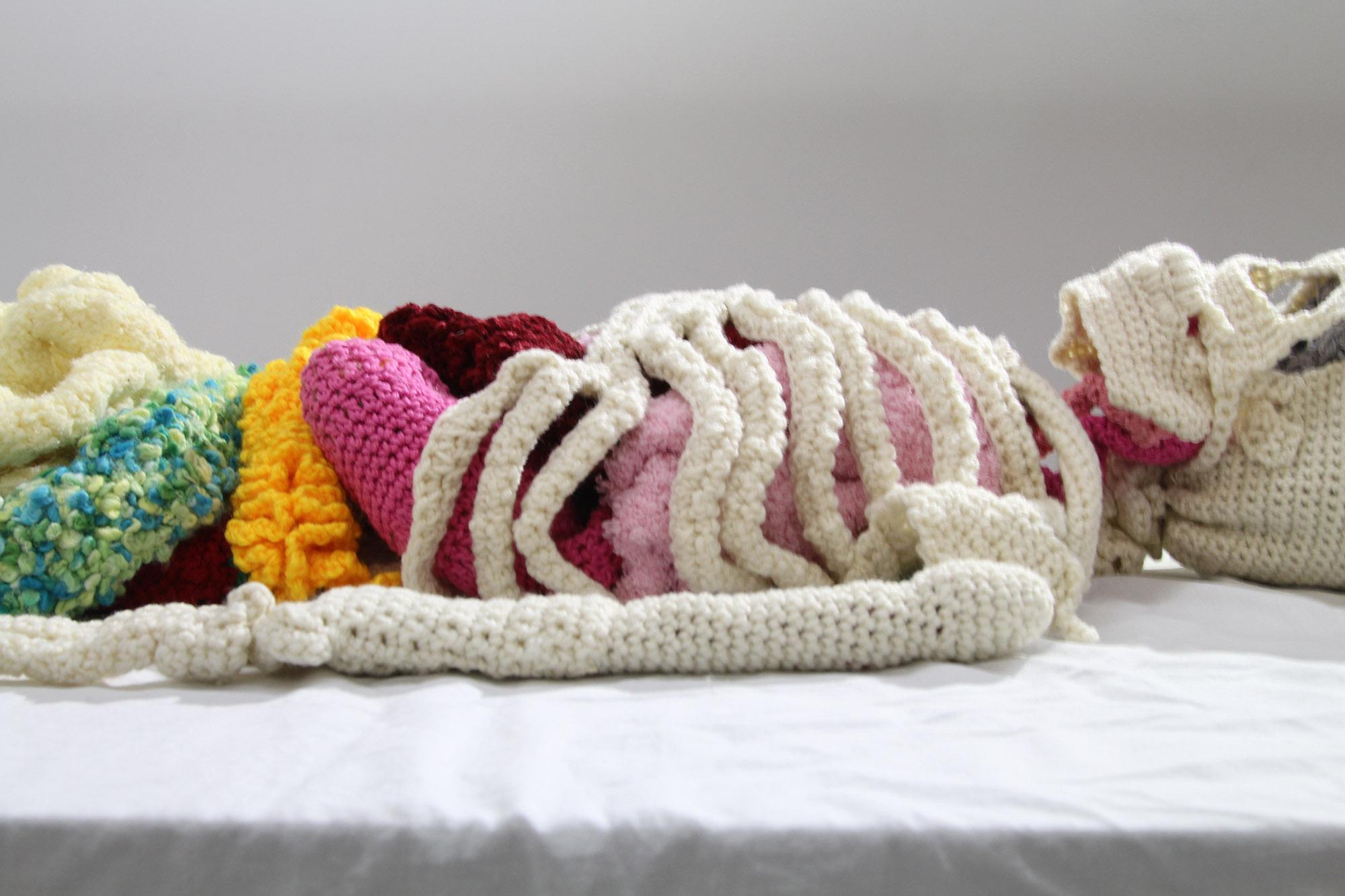 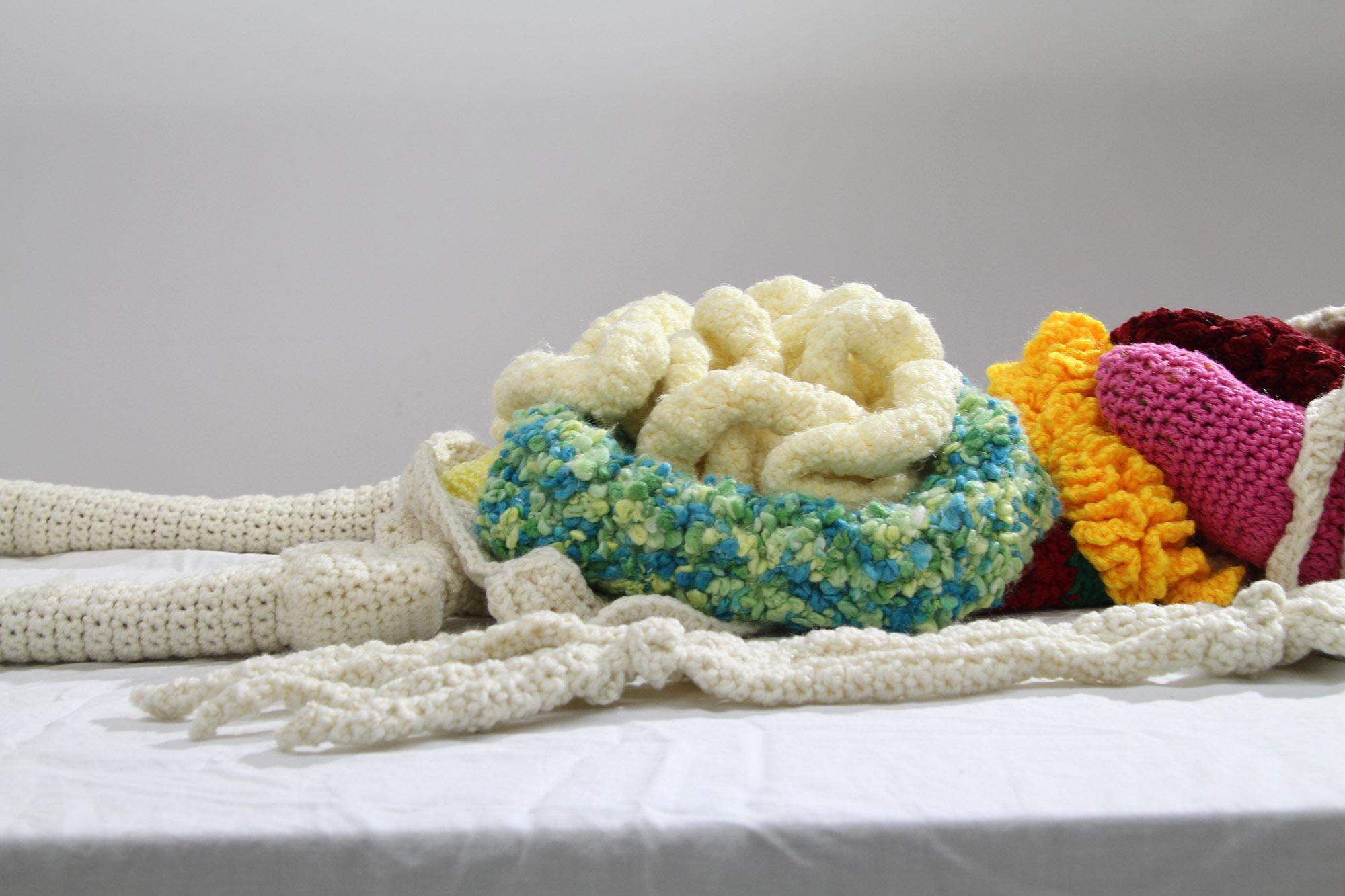 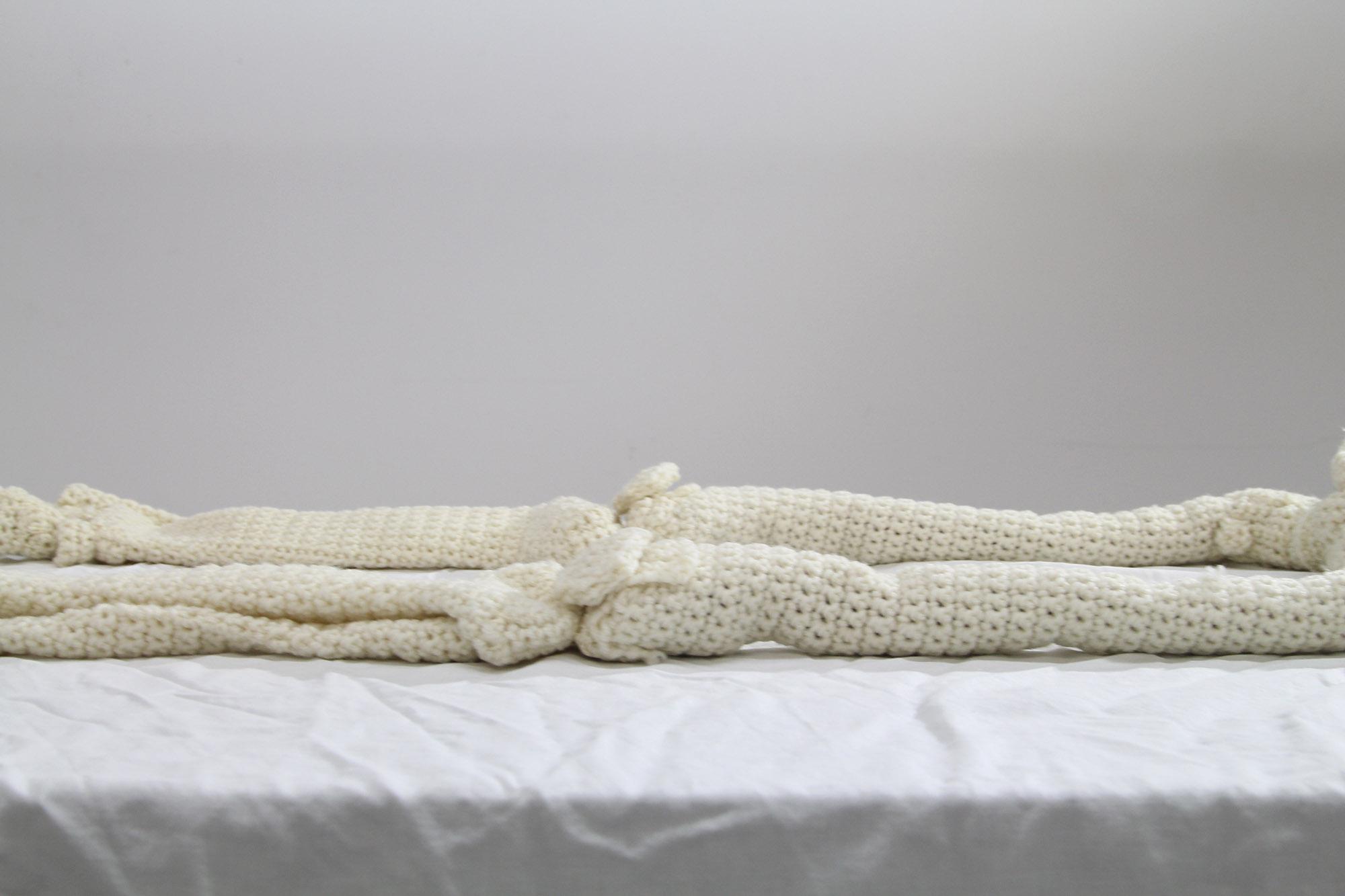 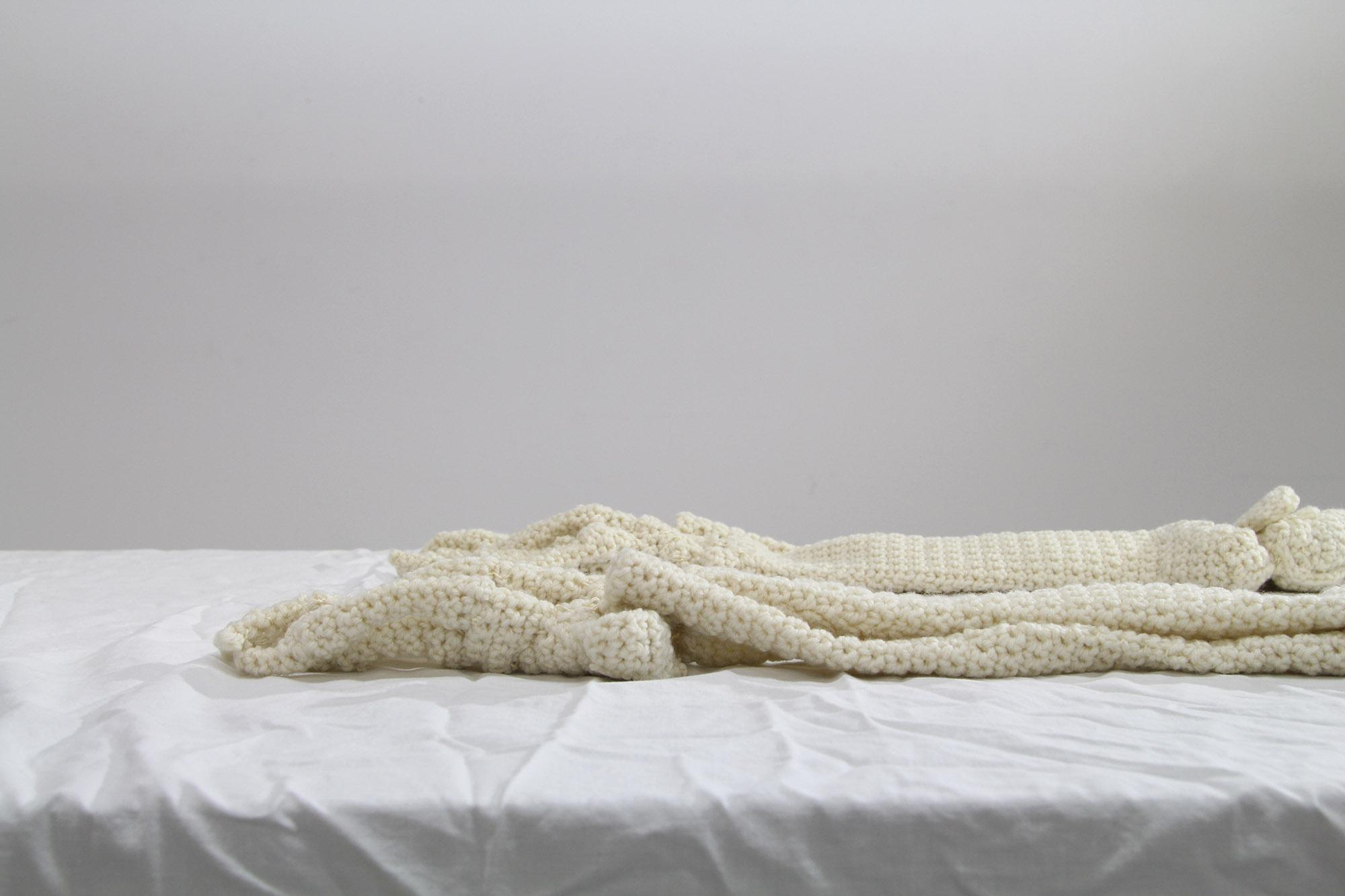 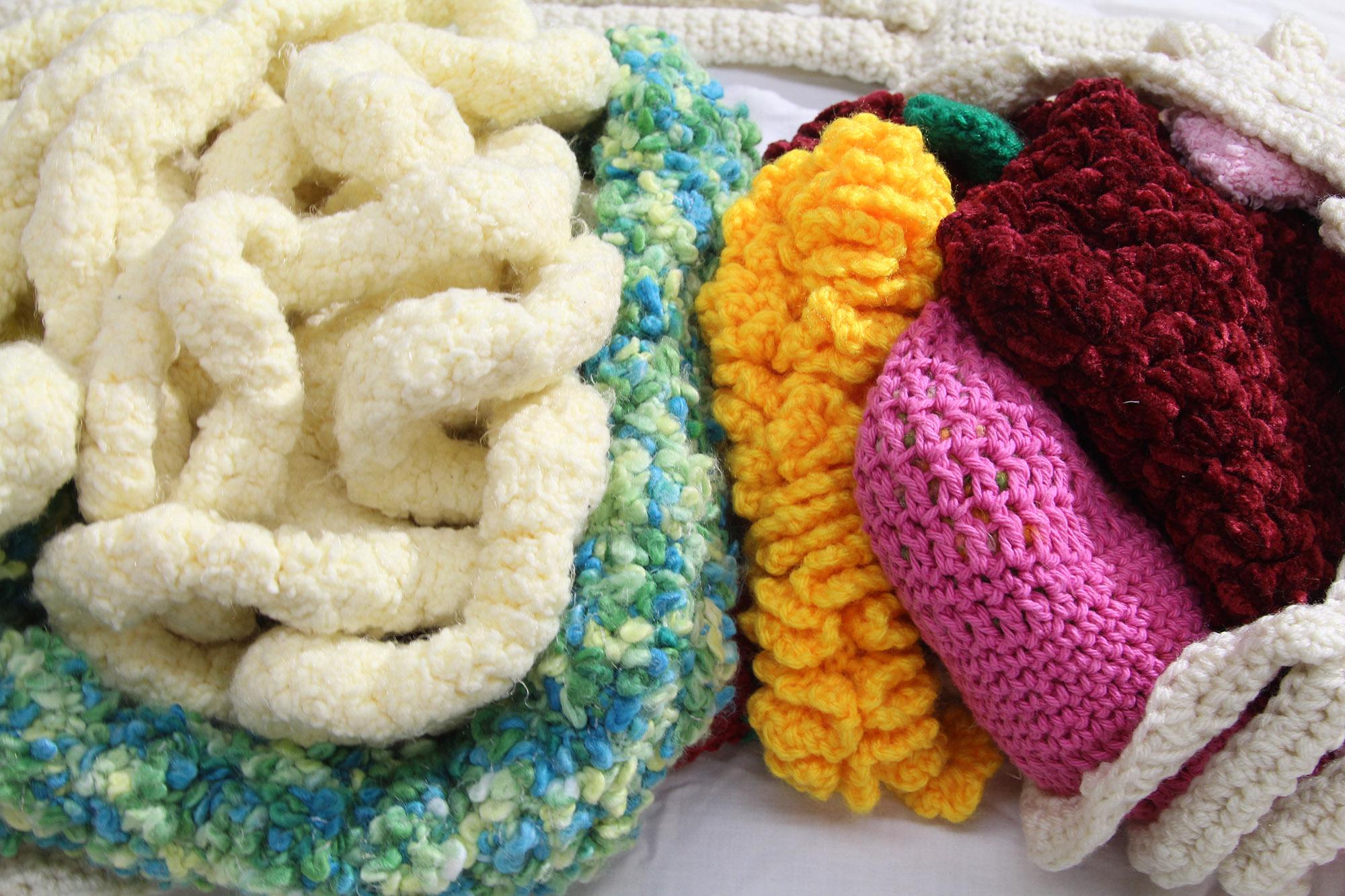 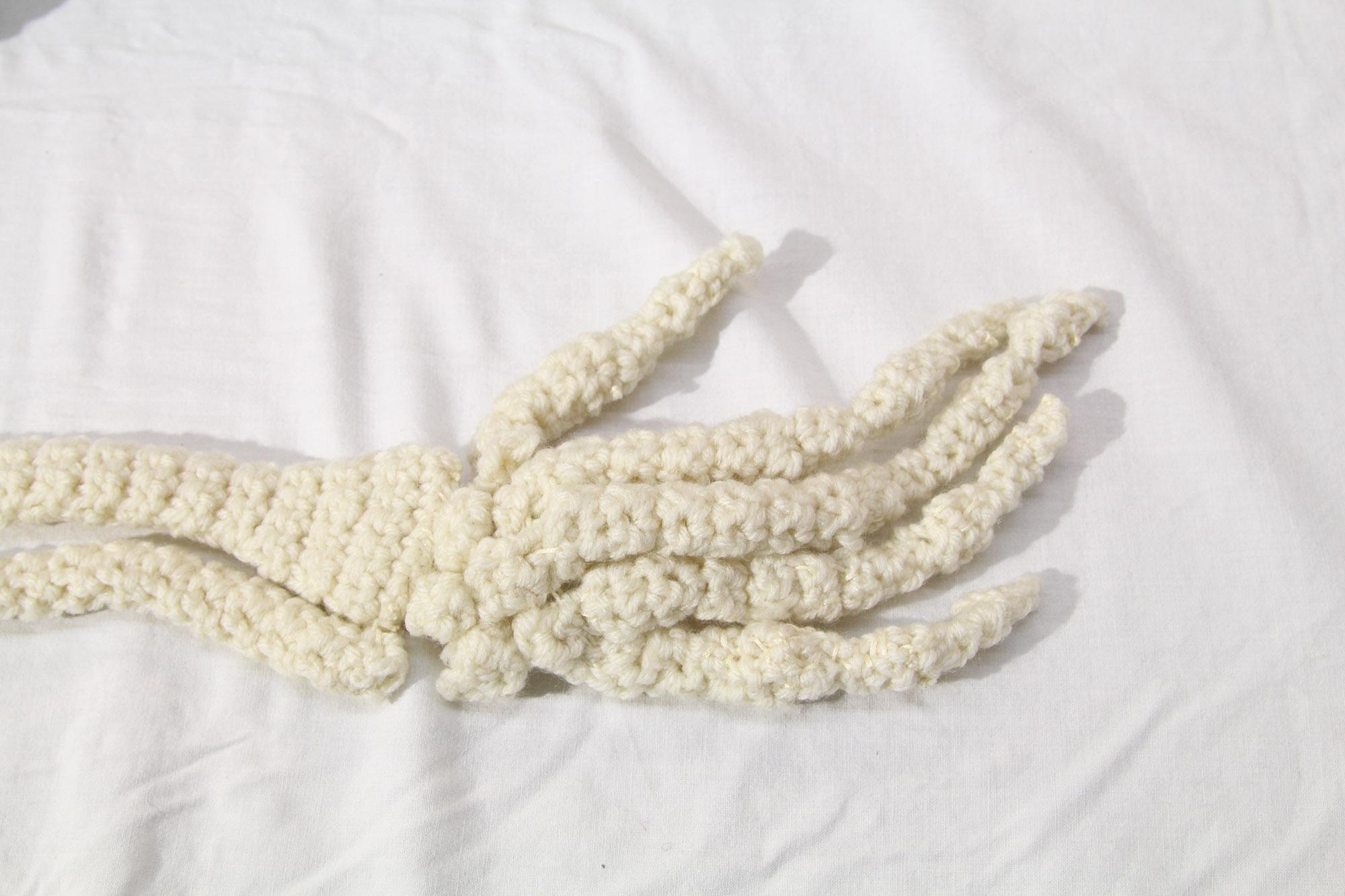 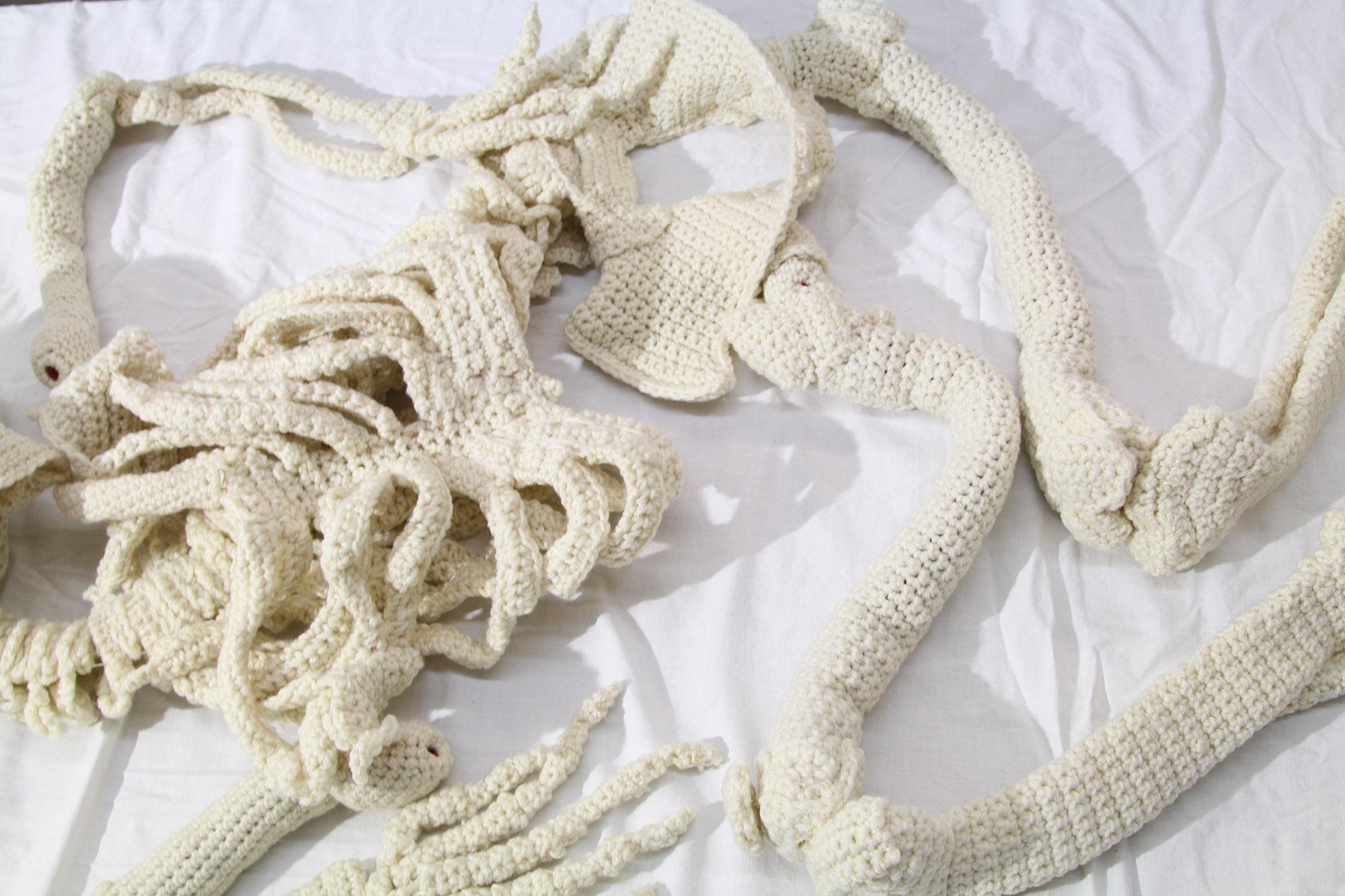 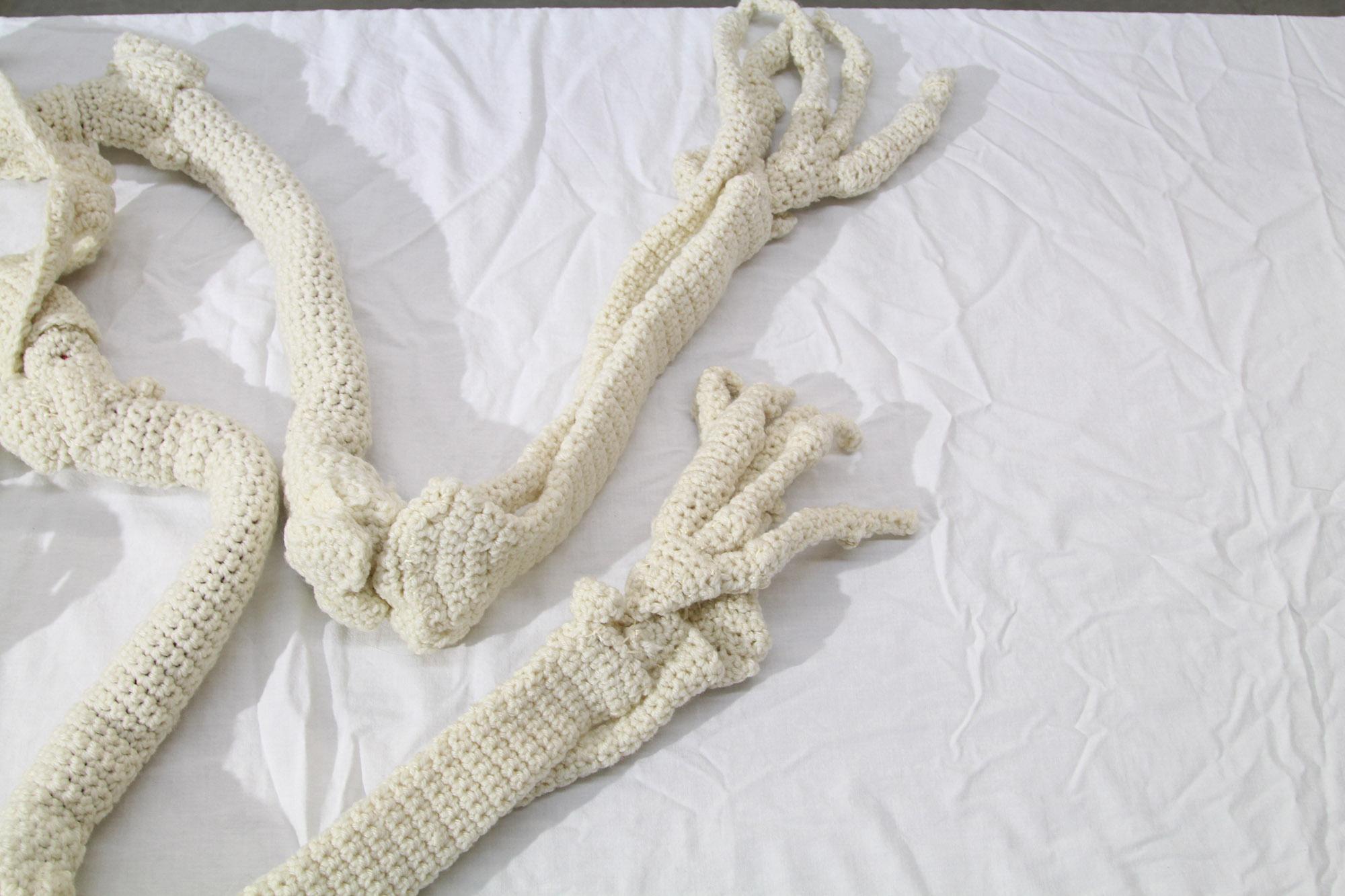 I am interested in people, not as individuals, but as groups. I wanted this work to illustrate all of the organs and bones everyone shares and to not highlight differences. Much of anatomical history is about defining difference, by comparative analysis. This can set up strange taxonomies and hierarchies. I wasn't interested in participating in that; I wanted to expose the fragile, common, and unseen things in all of us.

I began working with textiles when I was eight or nine years old. I was just playing around and teaching myself more complex stitches. When I entered art school years later, it was a skill set I put on the back burner. I didn't think of textiles as something I could make in a contemporary art environment. It was "too crafty." As l made my way through art school I became aware of 1970s feminist artists working with textiles. I thought I could use that voice too, but I didn't think of it as women's political voice. I thought of it as a way I could make something in a labour-intensive way. I was more interested in class struggles, textile factories, mechanization of human life, and Frankenstein. For me it was more of a statement on labour and class than gender and the domestic. I was raised in a single-parent home, where gender wasn't defined for me by female domestic and male public dichotomies. My mother worked a lot to support four kids.